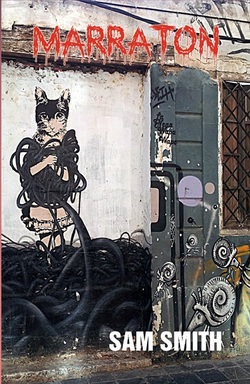 Marraton
"Sam Smith has written a novel that unflinchingly portrays the everyday dissociations and disappointments of an ordinary person, Howard, a police support officer going about his duties in a northern post-industrial town. But by steering resolutely clear of cliché and sentimentality Smith brings Howard alive and allows the reader to share his experiences, his puzzlement at events he only ever half understands, his duty to his ill father and his cautious, modest hopes. Howard's alienation is palpable, a constant sense of being not quite connected with his own world, until on one marvellous occasion when circumstances demand selfless action and Howard, for once in his life, doesn't hesitate to step forward and become what the moment demands. It is as near as many of us will ever come to enlightenment, and it will live with me for a very long time. I bought this book because, like many poets and writers struggling to be heard, I owe a great debt to Sam Smith as editor of The Journal for being the first to publish my work; I didn't expect it to be so good. It is very, very good."  Andy Hickmott (Amazon)
"... Smith fills the novel with details of the eponymous town, a dying backwater suffering the double loss of both fishing and mining industries, Howard's middle-aged going-nowhere life and his relationship with his fellow police officers and his epileptic, domineering father, and even some genuine action along the way. // I must admit that I felt a little ambivalent at the premise of the novel; but, once I'd started reading, I was hooked by the vivid characterisation of the protagonist and his world, as well as a surprisingly-intriguing mystery. Marraton is not your run-of-the-mill murder mystery and all the better for it! Smith is an author who can take you into a fully-realised world and keep you there, attentive, as he vouchsafes nuggets of background and character along the way. An extremely absorbing read. Highly recommended." DJ Tyrer The Supplement

video - http://animoto.com/play/f010w7nfY4uYgpuzSpAk6g
For a signed copy -
Or contact me here - asamsmith@hormail.com
Or for an unsigned copy of Marraton the wholesalers can be found here - orders@centralbooks.com  Tel: 020 8525 8800 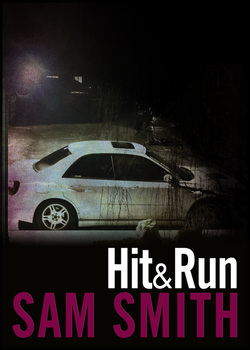 'Hit and Run' Endeavour Press is available as an eBook here - https://www.amazon.co.uk/dp/B00B5GB64C


'Hit and Run' was previously published as Marks by BeWrite Books

"...Sam Smith offers an in depth look into the life of a divorce detective trying to solve a case while dealing with life's little surprises along the way. "Marks" is about more than a fancy way of chalking the tires as a form of surveillance. It is a story about George Hawkins, hired to follow a case of adultery who finds himself witness to a hit and run, a possible suspect in a missing person's case, and on the trail of a possible spy. In the midst of all this George must keep himself alert and focused as the sudden disappearance of his long time live-in girlfriend propels him into self-doubt and onto the brink of depression. Unknowing if she is dead or alive, he tries to keep a grip on his instincts for his job rather than the emotions of the heart. The reader is hooked with strong realistic narration while taking you on a journey filled with puzzles and loopholes. You really feel you get to know the main character and feel for him at every twist.... ....Sam Smith has written an enjoyable story that unravels to a clean yet surprising story." Nancy Jackson: Dog-Eared Webzine

"Sam Smith uses first person in superb narrative fashion to deliver an exceptional story. The mind of the main character is openly displayed, allowing other characters to be formed and fascinatingly observed. The addition of historical events weighs heavily on convictions and friendships, and gives insight into Japanese culture. MARKS is not just a mystery or espionage tale, but also an indication of what certain circumstances can do to individuals in true life situations..." Patricia Spork: eBook Reviews Weekly

Although Marks is no longer available via BeWrite Books I do have 3 paperbacks for sale here - asamsmith@hotmail.com 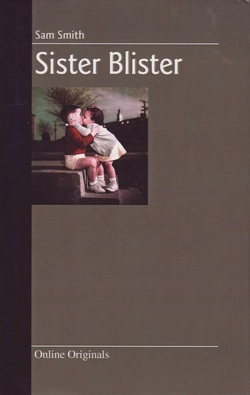 
'Exquisite! Like the 'Blanced Rocks' of the American west - the entire mass perfectly concentrated on the last sentence.' Bob Faulkner

​
"Excellent book. I really enjoyed it. It would make an excellent film, with Terence Stamp or Pete Postlethwaite as the mobster. In fact, he's surely worth another book."  Paul Sutton 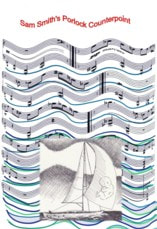 
"Never have I read a crime story with more levels than this - above and below ground. You rush through the pages to reach the conclusion... but the conclusion is your own. Magnificent. What a storyteller, what an interrogator is Sam Smith..." Alistair Kinnon


"....When I started on Sam Smith’s Porlock Counterpoint, I soon forgot my own writing and the demands of work. And it was mainly Sam’s utterly engaging style of writing that prevented me from putting the book down. The use of galloping present tense, a collection of characters so real that it wasn’t long before I knew and sympathised with each and every one of them, and a fresh, almost innocent, take on drug smuggling, combined to make this a fast-moving read -- my favourite novel of 2002.... It’s good that the story is not told as a good-triumphing-over-evil theme and does not judge; it does not even ask the reader to judge – it just gets one completely involved. And there lies its success as a story. Film and television companies take note – it’s called PORLOCK COUNTERPOINT and it’s by Sam Smith and published by BeWrite Books!"   Barry Ireland


"In .... Porlock Counterpoint, Sam Smith explores the reality of life, reminding the reader that men and women live not in a realm where existence is defined simply in black and white. Mr Smith ... demonstrates to the reader that more often than not, life is lived in sketchy shades of gray. .... Mr Smith has done a commendable job of addressing the tue nature of the race once again."  Mike Broemmel

Although Porlock Counterpoint is no longer available via BeWrite Books I do have 2 paperbacks for sale here - asamsmith@hotmail.com - and/or you can probably pick up secondhand copies elsewhere on the internet.