Sam Smith's Everyday Objects Repurposed As Art  is a big book, 130,000 words, and at least 3 stories in one. A neurotic scriptwriter, his two sons’ different tales, his script coming to the defence of the much-maligned  Edward Bibbins Aveling, who was responsible for first translating Das Kapital into English and in part for the formation of the British Labour Party. A scriptwriter himself the free-loving Aveling was also charged with making Eleanor Marx deeply unhappy. 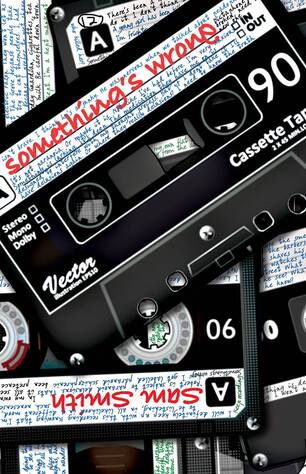 ​
"Something’s Wrong: in fact as we find out during the course of many short monologues spoken into a tape recorder by the narrator, Robert, there are many things wrong in the sleepy little coastal town of Widdercliffe, and the world it represents. ...  In the first half of the novel, we see that there’s plenty wrong with Robert and his fellow residents at The Grove group home and their supposed supervisors.  There’s the sort of unease all around that a reader senses in Kafka’s The Trial, for example.  ... Robert’s voice in this novel is as compelling as the voice of Dostoyevsky’s narrator in Notes from Underground.  In both cases the speaker is an outsider who sees too clearly the shortcomings of the world that won’t accept him.  .... Sam Smith’s novel is artfully written and revealing indeed.  Through his narrator, Robert, we’re given as readers a first person narrative of what it is to be on the outside of society...."  Coal City Review

"Lack of originality is certainly not a criticism one could level at Something's Wrong by Sam Smith. This is one of the most innovative novels I have read for some time. The form is that of a series of transcripts of tape recordings of someone who, as it becomes rapidly clear, has some serious mental health problems. This is a harrowing work, which raises some disturbing issues about mental health care generally, and care homes in particular. You feel yourself literally getting into the mind of the character, and caring about what happens to him - both rare attributes in novels these days. . . ." Guy Fraser-Sampson

"I recommend this book to anyone who has an interest in the care of those with mental health problems." Farm Lane Books 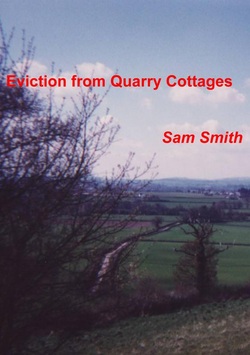 
"A story of love, death and betrayal written by a poet: An author who paints pictures with words and tells a simple story from it's gory start to it's muddy Welsh ending ... This book kept me glued to my PDF reader until 02:30 just to find out how it ended. I especially liked the different depictions of the lawyers .. read the book to find out whether you see lawyers the same ways." Mr Tibbs 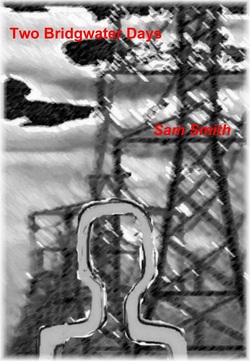 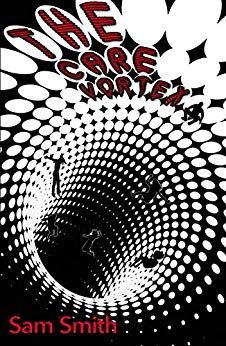 'Now and then a book comes along that can never be forgotten, a book whose characters touch you deeply and remain in your memory. A story that shocks you into thinking about something you had never considered or completely changing your previous perceptions.The Care Vortex by Sam Smith is such a book.... The Care Vortex is fast paced, interesting and believable. The characters are all too human, people like you and I. Ordinary people trying to deal with unimaginable events. / Would I recommend this book? Yes, without reservation. It is not an easy book to read, because of the subject and the issues raised in it. When Charles Dickens wrote Oliver Twist he was criticised for using criminals and prostitutes, in writing about subjects that were considered taboo. Yet Oliver Twist is now regarded as a classic, not only an excellent story, but a book that changed attitudes and made people wake up and take notice. Perhaps one day the same thing will be said of The Care Vortex. / If you want to read a book that will lull you to sleep at night, this book is not for you. It is no Little Orphan Annie with pretty pig-tailed children and fairy tale endings. Those trapped in the Care Vortex are damaged, the details harrowing. But for all that, it is a story of heroism, of people reaching out to each other and trying to overcome what has been done.' Gillian Davis

'... a no-holds-barred account of one day and night in a care home for disturbed young girls. At times, it reads more like non-fiction than fiction and therein lies the roots of its success... You cannot help but be drawn into the lives of the characters.... This is the real world and it grabs you by the throat and forces you to bite on the harsh reality of life for these maladjusted girls. To finish reading this book is to come out wiser and more understanding about the problems of damaged young people...' David Hough

"The Care Vortex is a vitally important book. It should be read by anyone who has responsibility for children and young adults, whether they be parents, teachers, care workers, police, administrators ... it's all too easy in environments of near-isolation - family homes, care institutions, schools - to sweep the truth (and the children) under the carpet." Neil Marr: author of 'Bullycide: Death at Playtime'

This link for the ebook - https://geni.us/CareVortex

This button for a signed copy - 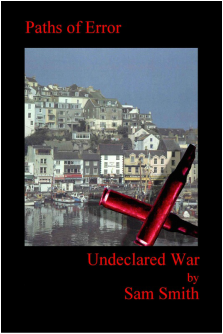 'Undeclared War, Constant Change, and As Recorded can be read in succession, or equally stand independently as analyses of the changes wrought by recent decades on the lives of ordinary people. Based around Paignton, Sam Smith uses a group of friends from a small ordinary English town and explores their individual paths of error against the fabric of life. Highly sexually charged and using blunt language, these will only cater to very specific tastes.' Devon Life

'Set within a seaside town ... makes for bleak reading. But it showcases the interweaving of the characters and the images they have chosen for themselves perfectly. If Quadraphenia stoked your fire then you'll certainly get off on this ... Roll on books two and three.' Deian Vincent

Undeclared War, the first of the Paths of Error trilogy is available now as a pay-what-you-feel-it's-worth ebook - https://www.smashwords.com/books/view/545469

or from Kobo's bookstore - https://store.kobobooks.com/search?Query=%22Undeclared+War%22+Sam+Smith 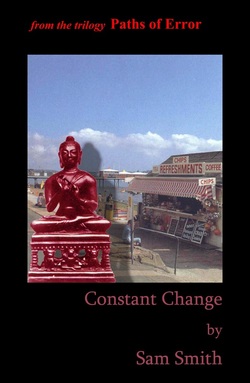 Constant Change, the second of the Paths of Error triptych, also has its beginnings in Sixties Paignton, but there the similarity ends. Available now as a pay-what-you-feel-it's-worth ebook at https://www.smashwords.com/books/view/555184


Blue, in Constant Change, begins as an idealist with no ideals. His way is found through women. Rejected by his first girlfriend he drifts into the Merchant Navy, only to jump ship in Sri Lanka. Through an American girl there he discovers Buddhism. In London, through an Irish girl, he comes back to boozy earth with a bump. The mother of his children leads him to a brief rural idyll...


'...a very topical analysis of the relevance of religion in a constantly moving-on society...' New Hope International 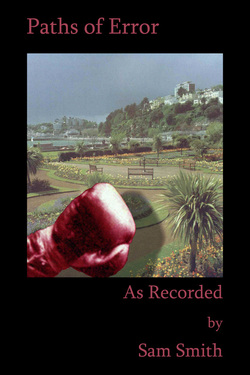 Told throughout in interview form, in  'As Recorded' the hero, Sniff - as he was known in 'Constant Change' and 'Undeclared War' - tells of the childhood of the trilogy's 5 main characters - Newt, Blue, Pancho, Mort and himself - from their starting school in Curledge Street to their all going on to Totnes Grammar; and of their first fights, first sex, and various escapades. And, of course, he tells of his later life too, as a boxer and a businessman, father and lothario.... And why he should be being interviewed....